There are two most popular types of encryption:


In Full-Disk Encryption, the whole area of a drive / separate partition includes encrypted data. Without knowing the key and the algorithm of the encryption, you cannot correctly interpret the reading of the sectors including metadata. The contents of the first sectors in a drive or partition can be the marker of such encryption. Scrambled data lets us suppose that there is full-disk encryption. In such a case there is no opportunity to see the contents of even the root catalogue and metadata. The support of FDE has been successfully implemented earlier in PC-3000 Mobile for the supported device models. 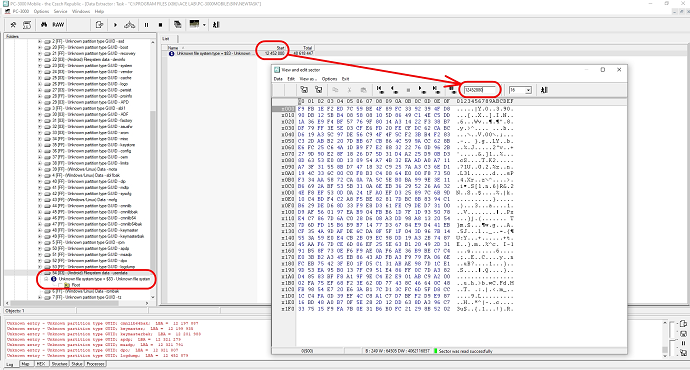 An example of full-disk encryption of a partition with user data of the Xiaomi Redmi S2 smartphone, supported by the PC-3000 Mobile.


It is the second but not the least way used for data protection in mobile devices. Per-File Encryption is done through built-in mechanisms of an exact file system and can be applied to catalogues and files individually. Thereat, the corresponding status is reflected in the file or catalogue attributes. In most cases with PFE, the root catalogue of the partition and its metadata are available, but to see the catalogue files we need decryption support. At the same time, the zero sector of the partition includes a filling characteristic of the zero sector of the corresponding file system. 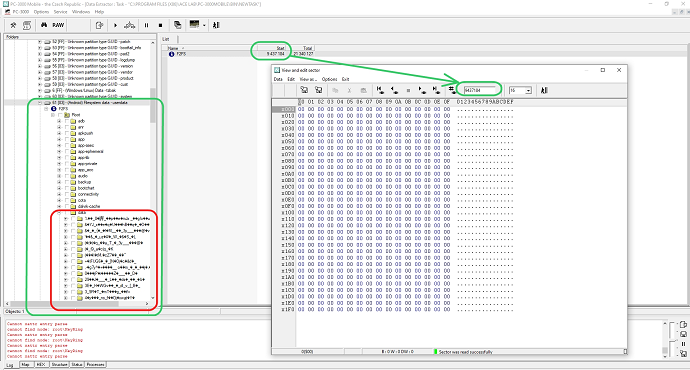 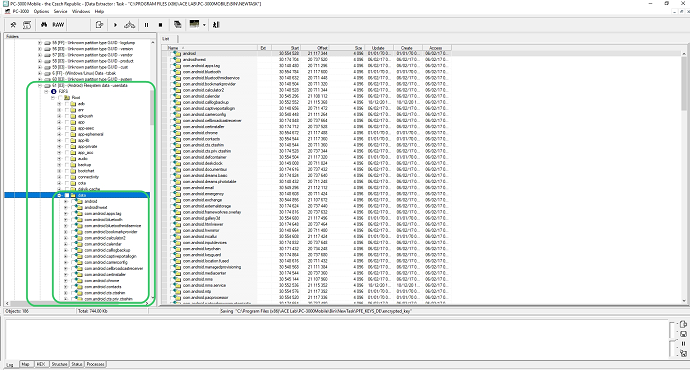 
The support of the per-file encryption for the F2FS file system will be available in the nearest PC-3000 Mobile Software Update. If you are a PC-3000 Mobile user and have a task with such a smartphone, we can provide a personal software version build for you to test the new capabilities!